Ansells is a contemporary replacement dwelling located near Portscatho in a small hamlet above Porthbean Beach on the Roseland Peninsula. Ansells sits within an Area of Outstanding Natural Beauty (AONB) and Area of Great Scientific Value (AGSV), and Heritage Coast.

The proposals were originally refused in April 2016 but it was felt that the reasons, particularly regarding Design were not justified and as such advised that this decision should be challenged. The report from the appeal committee summarised that “the area has relatively complex rooflines which do not maintain a particularly vernacular appearance”. In this particular respect, the proposed mono-pitched roof would be consistent with the contemporary appearance of these neighbouring dwellings…(and) therefore conclude(s) that the proposed development (will) have an acceptable effect on the character and appearance of the Cornwall AONB”

The dwelling largely occupies the footprint of the previous dwelling and comprises a two-storey element, with a single storey and subservient element arranged perpendicular to the main plan, in the northern portion of the site. The new dwelling has been ‘set down’ within the site in order for it to appear recessive in the wider landscape, to mitigate wider visual impact and to ensure that the new building height is effectively limited to be commensurate with that it has replaced. New perimeter Cornish hedges were introduced to further blend the development into its surroundings.

Ansells has utilised a restrained pallet of natural materials which is suited both visually and in terms of weather performance in this very exposed location, to the wider setting of the AONB and immediate context of the rural hamlet. Externally natural coursed facing stone and vertical cedar cladding arranged in a varying pattern has been used. 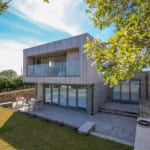 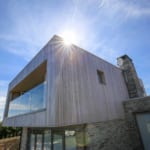 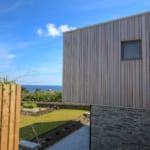 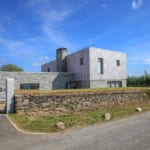 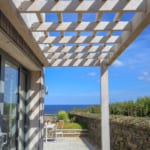 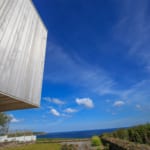 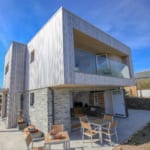 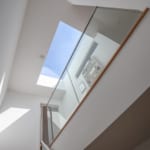 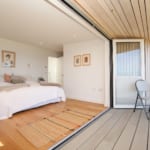 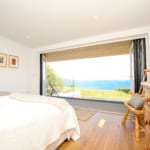 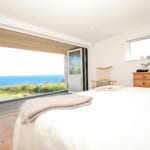 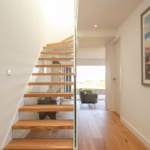 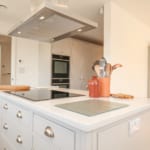 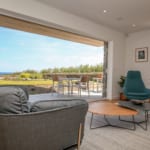 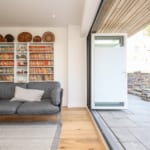 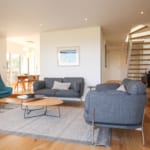 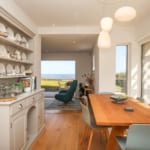